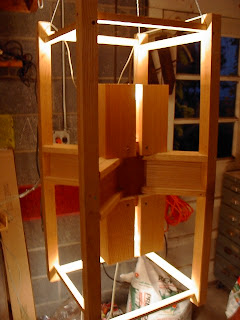 In my fourth year of architectural school one of my projects was the design of an addition to the Princeton Public Library.  As part of that project I designed a large wooden chandelier that would hang in the high-ceiling space of the main reading room.  Although it wasn't a schoolwork assignment I went ahead and constructed a full-scale, working, finished model of that chandelier. 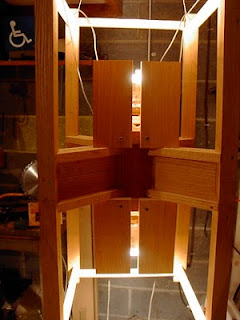 The design had the look of a box kite, and measured 40" tall, with two floodlights, one pointed up, the other down, and each on a dimmer.  The concept of the design was that in the morning, the uplight would be on full brightness, the downlight off.  Over the course of the day, the downlight would slowly brighten.  At mid-day both would be at full power.  After mid-day the uplight would slowly dim, until at closing time, only the downlght was lit.  The reasoning behind this idea was to change the size of the space, from large and open first thing in the morning to more cozy and intimate by night.﻿ 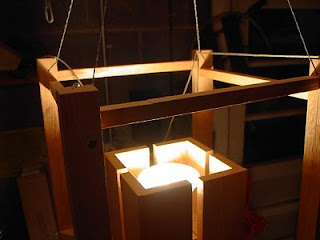 Because I knew the fixture would put out a lot of heat (300W) there were multiple cuts and slices to allow for ventilation of the lamps.  My studio mates frequently used it to heat up pizza. 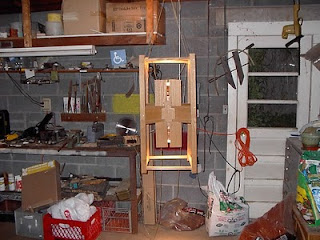