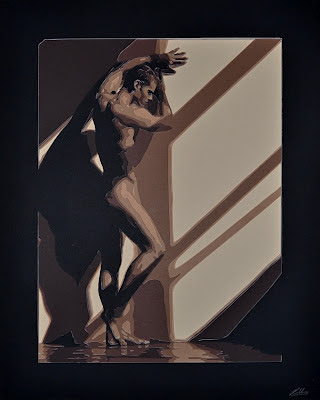 I created "Moonlight" as a test proof of a planned larger work, and then donated it to a charity auction to benefit The Trevor Project.

I didn't know it at the time, but it turns out two friends of mine were bidding against each other in that auction, one of them just slighting out bidding the other.

Both the winner and I felt bad about our other friend being shut out, so I created  a second proof, appropriately titled Sunlight and offered it to him in exchange for him donating his highest pledged amount on Moonlight.

It's a mirror image of the original, and it has a seventh and lighter layer added, in order to make the "sunlit" elements appear much brighter. 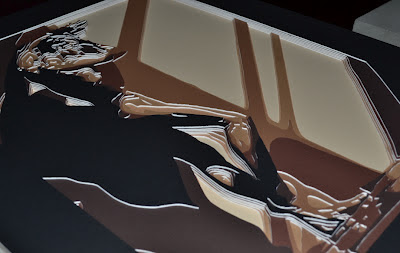 An off-axis view is to the right.
Posted by Rob Rainone at 11:34 PM No comments: 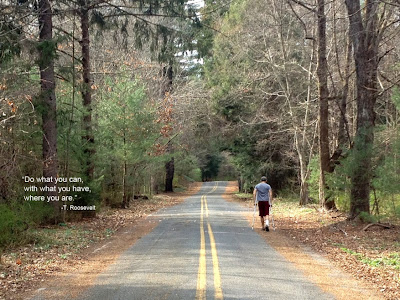 The night before we were to go hiking, a buddy of mine severely injured his ankle. We went anyway, and during the ride out there, this quote from Teddy Roosevelt came up in conversation


Parking was distant, so I dropped him off (with a braced ankle and in crutches), and took this photo as I walked to catch up.


Both of us are volunteers with The Trevor Project, the nation's only around-the-clock crisis intervention and suicide prevention organization for lesbian, gay, bisexual, transgender, and questioning youth. A framed print of this photograph (shown below)  is available for sale in my Etsy shop where 50% of the sale price will go to benefit The Trevor Project.
Buy one here. 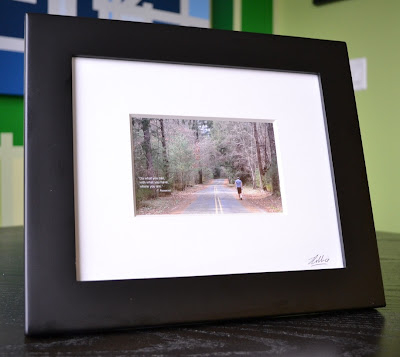 Posted by Rob Rainone at 5:21 PM No comments: