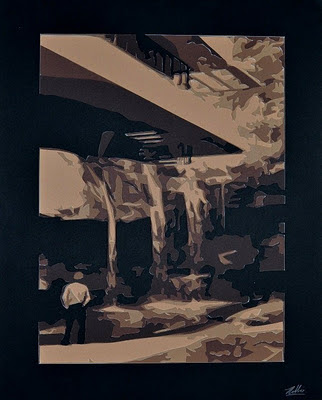 I've always liked this image, but having completed two cuttings of it, the first in "Two Students" at 8x10 out of paper, and now this one, 16x20, out of mats, I think I may hold off creating it full size, at 30x40.

It is to date the most complex cutting I've done, and I
think it's the one that has the greatest artistic meaning. 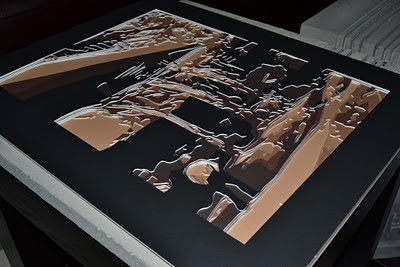 To the right is an off-axis shot of the same piece illustrating how it is constructed out of mats laid one atop another. 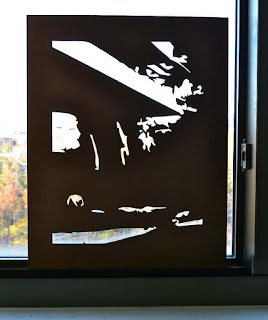 To the left is a photo of the completed second layer in front of a window. 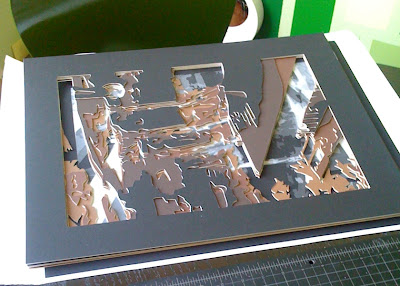 To the right is a shot of the top five layers, stacked loosely atop each other.
Posted by Rob Rainone at 7:07 PM No comments: 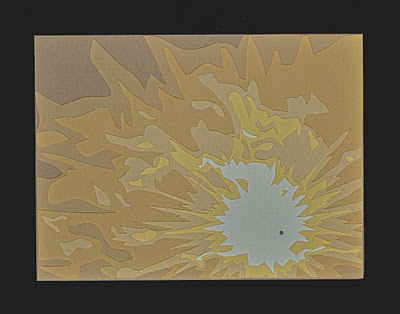 When I started doing the cuttings, bodies were the focus of the work because of the natural shadows and highlights that the gradient layers almost delighted in showing off.  The earliest cuttings are models against stark black backgrounds.  As the pieces got more detailed, the "noise" of the background began to interest me more and more.  This is my first exercise in representing something borderline non-objective. 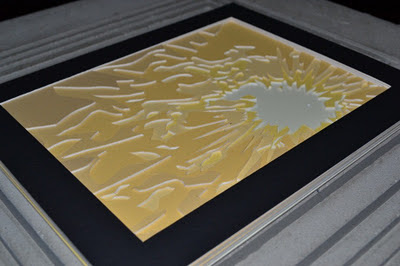 The little black spot on the "sun" in the image above is actually a hole, cut in the deepest (and lightest) layer.  This is the first time I've made any cut in the bottom layer.  It felt more appropriate than creating a true black spot which would have resulted in a "tower" of cut pieces building up to the black layer on top.

The original image was licensed from a stock photography website.
Posted by Rob Rainone at 10:48 AM No comments: 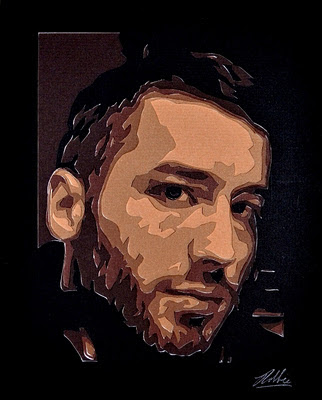 Having done the cutting of Troy's face a couple times I became interested in some of my other friends' faces, especially as they appear in self portraits.

Doug's face was a particular challenge.  He has a thick but closely cropped beard, and faint but visible vitiligo lines around his eyes that fascinated me.  I was curious to see how both would appear in a cutting.

The result is to the right, and a shot of it off-axis is below.  This piece is sample sized, so it only measures 8"x10".  I think the detail around his mouth and nose is some of my best work. 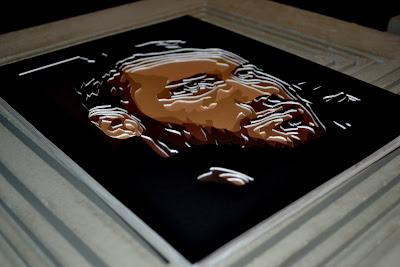 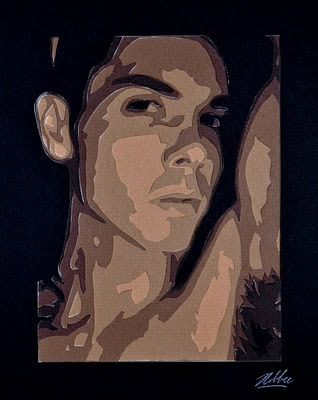 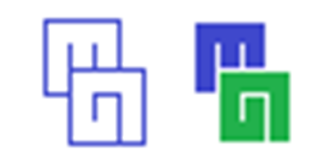 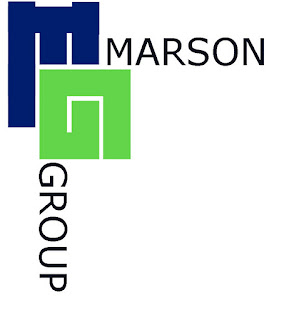 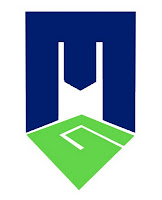 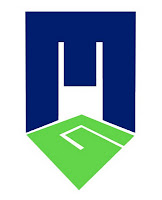 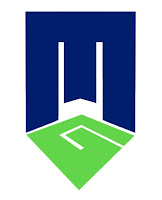 In the final stage I shortened the central element of the M and reversed the cants on it.  The client suggested adding the cants on the top to achieve the final look.
Posted by Rob Rainone at 9:26 AM No comments: