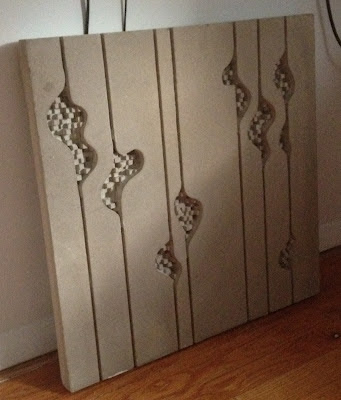 I created this piece for a friend of mine after he put his Parsons Cube Tabletop on a table that it was too small for.  This measures 23.5x23.5"x1.5".


Although it works just fine as a tabletop, the decorative cube-riddled cutouts are deep - too deep for a table top.  I think the pattern looks good, but works much better vertically, just as an art piece - although it would be fun to integrate this pattern into inherently vertical functional elements like headboards and table lamps.

This is a test piece furthing the ideas put forth in "The Inner Workings" and the ultimate result of the work of moldmaking of "The Tease". 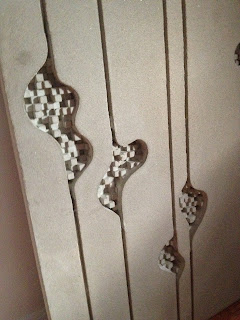 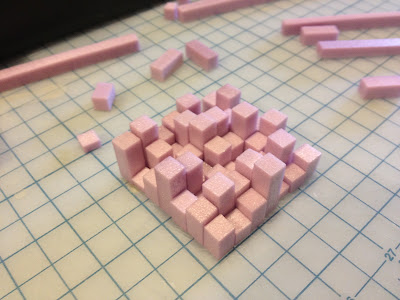 I wanted to develop the idea that concrete - so ubiquitous and generic as to be continuously looked over - actually had complex and detailed activity going on just under its surface, like quantum foam..

Another way to take it is as a pod holding multitudes of seeds.  Each one ready to break off and grow into its own building.  Strangely enough, in the demolding - a few pieces did break off.

To create the pattern I cut a series of blocks, square on one face, and multiple heights. 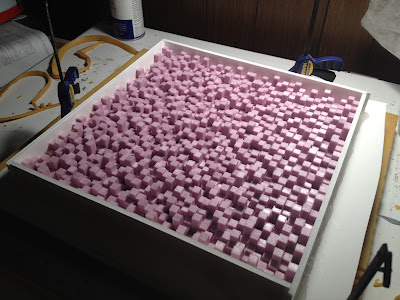 This group was then expanded in a similar though non-repeating pattern. 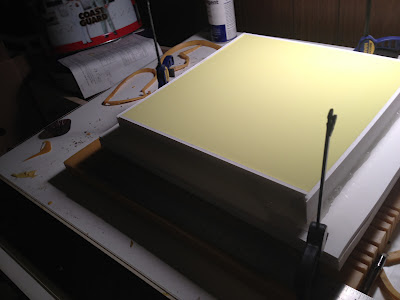 This field was then covered in casting rubber which produced a negative impression of the original. 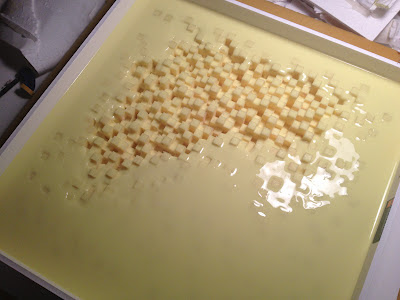 The negative then had material poured over it to produce a rubber positive copy of the original.  This original could then be used to create multiple negatives, which could be cut into any shape and set into other molds like the one shown below to produce the final piece. 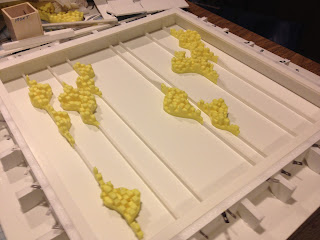 Posted by Rob Rainone at 3:19 PM No comments: