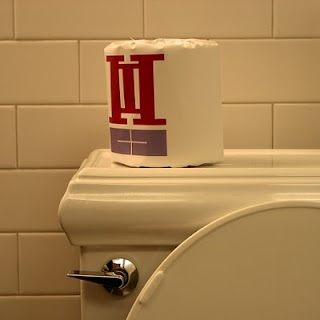 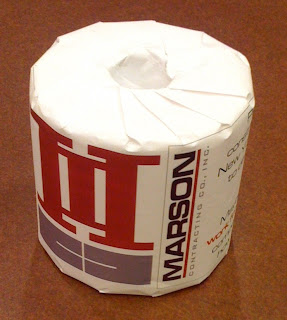 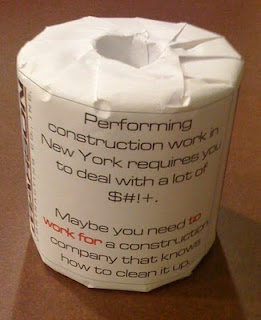 The back of the label reads, "Performing construction work in New York requires you to deal with a lot of $#!+.  Maybe you need to work for a construction company that knows how to clean it up."  They were just stacked on our table at the job fair to attract attention.  I never intended anyone to take or keep them, but we ended up giving away a couple dozen.
Posted by Rob Rainone at 9:34 PM No comments: