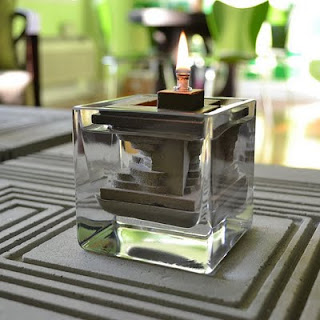 The Glass & Concrete Candle seemed like a good choice for an existing design that I could simplify for sale on Etsy. (It can be purchased here.) I'd noticed that although the height of the candle looked cool, that the capillary action that fuels the flame wouldn't work once the oil level was more than a few inches below it, so I bought some glass vases that were shallow. 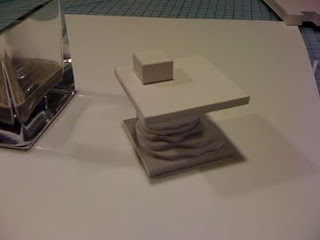 The image to the right is of the nearly completed foam object, ready to have its mold taken.  I usually build a foam mold of what I want to cast.  Because of its complexity, this time I did the reverse, creating the positive object first. 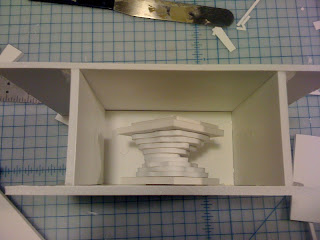 This is the completed object in a box ready to be filled halfway with molding rubber as shown in the picture below. 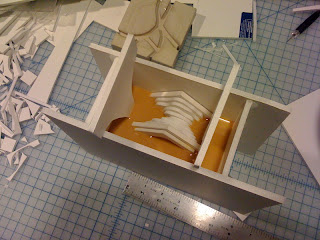 After the rubber material has cured, the two pieces to either side of the model are removed. They serve to create holes in the first half of the mold that the second half will "key" into to insure proper alignment during future castings. 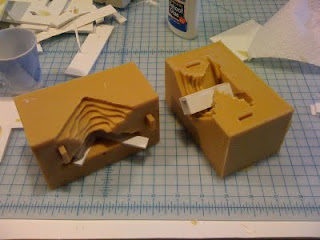 The two part block mold had a couple of air bubbles in it that needed to be filled in. The foam pieces inserted into the mold allowed me to fill in those bubbles. 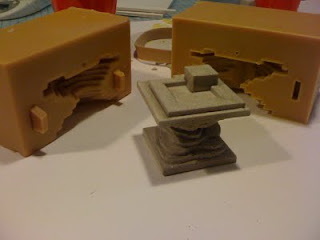 This is the finished cast, made from quick-setting concrete. I did this one just as a quick test to see how it would form against the mold and if air bubbles would be an issue. The wick hole has yet to be drilled in the cast.
Here are some additional shots of the finished piece. 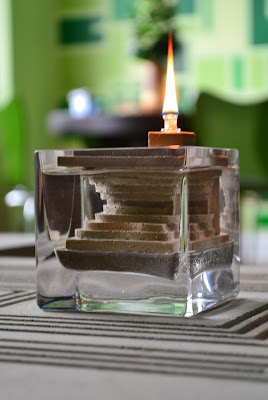