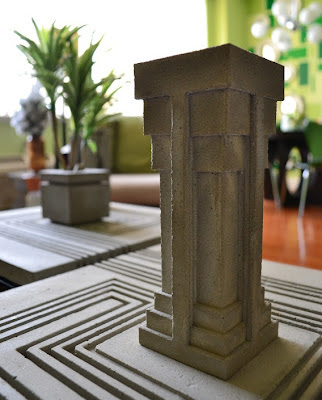 In order to relax during lengthy assignments while still in college, I designed and cast a series of concrete vases. They were simple boxes with recesses cast into their corners.  They were some of my earliest works, and few pictures of them survive because most were given away.  This piece, is the only one I still have. 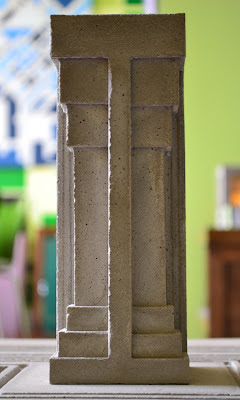 The Urban Vase is just an updated version of these earlier pieces.  It measures 3"x3"x8".  Although it appears to taper at the bottom, its base is the same area as its top.  It has three levels of recess unlike the usual two of all my previous vases and no canted edges - everything is cut square. 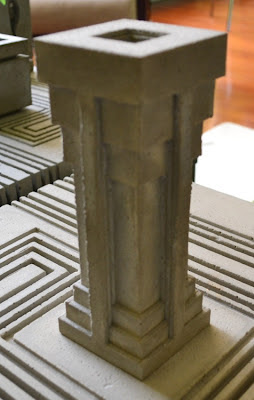