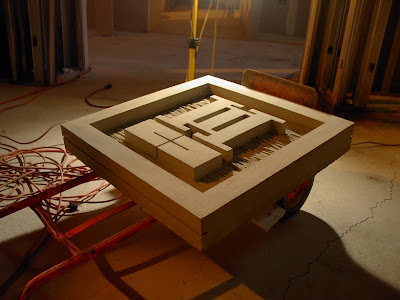 Subsequent to the office renovation we added more floor area which included a large conference room 30'x24'.  Three of the walls had masonry architectural elements (one of which was a fireplace).  One of the others was designed to receive a pre-cast element of the company logo.
It's the largest cast I've attempted, 28"x28"x4".  You can see the grooves cast in the top and bottom to receive the masonry anchors.  Like most of my previous designs this was cast using 3/16" foamboard.  The ripple effect was created by cutting the foamboard along imperfect lines and then laying those pieces on edge.  It was a time consuming effect but a good one all the same - something I'd explore in future designs. 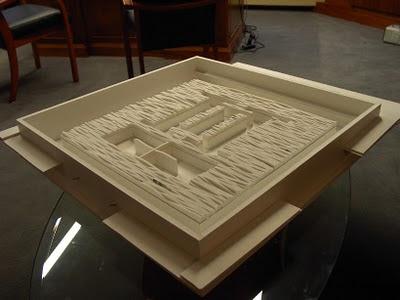 Here's the original mold.  Because it was only 4" deep I thought that it didn't require much reinforcement. 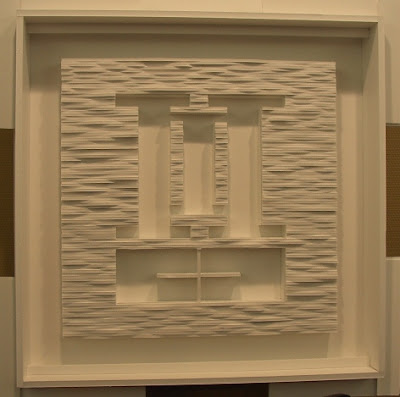 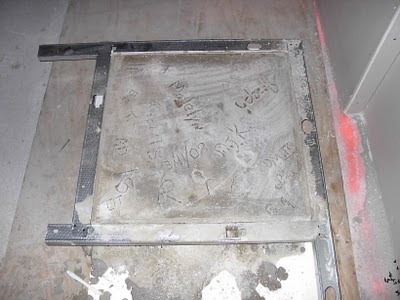 Of course I was wrong.  When I went to pour it, the concrete was distorting the mold.  To prevent it, I screwed metal studs on its four sides in order to keep it square.  Company employees who were in the office that day carved their names into the back of it. 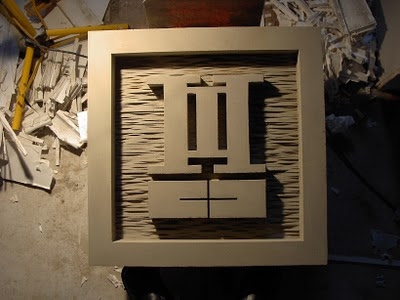 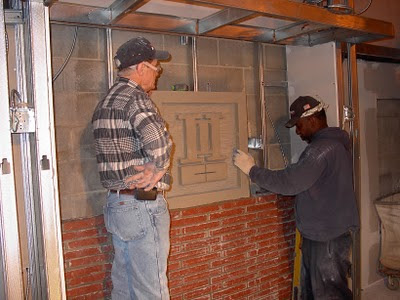 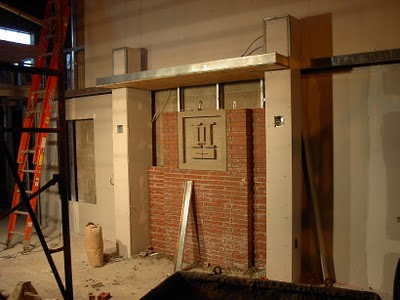 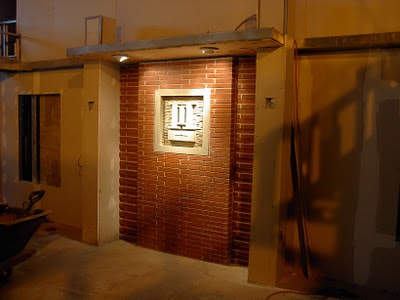