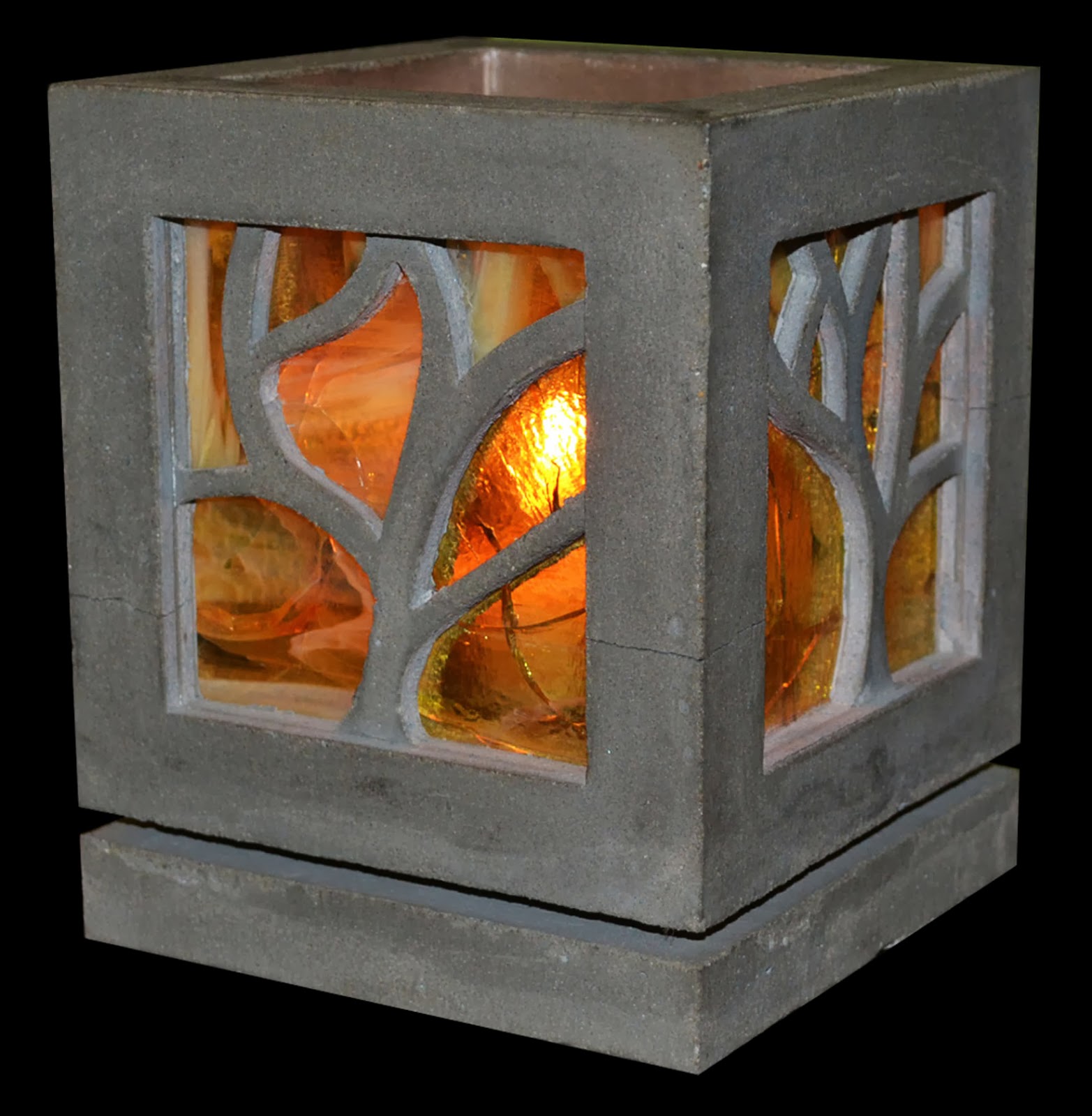 Cracking was an issue for the small and medium concrete boxes so I decided to go larger, still thinking that the heat of the flame was causing differential expansion in the materials.  These candleboxes are 6" square, and 7-15/16" tall. 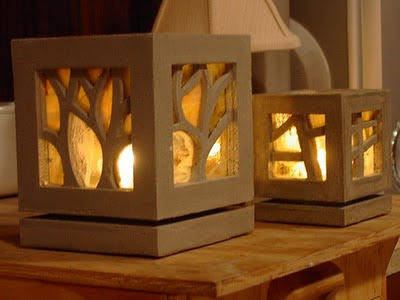 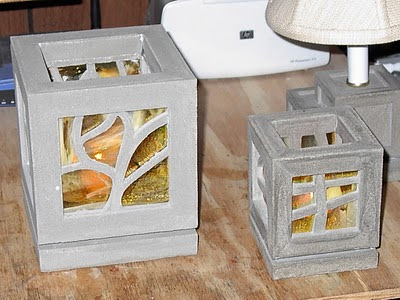 Large cube next to a medium one.

﻿The molds for this cube were complicated and took about ten hours to complete.  You can see the glass already inserted into the molds below.  Each of these panels is then turned on edge, and concrete fills the space between the panes, holding them in place. 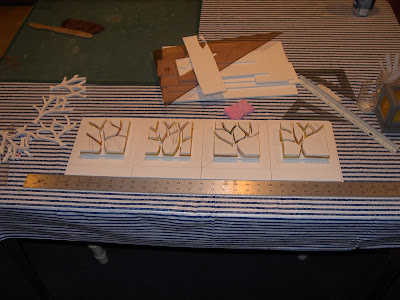 The cross visible in the mold below is the formwork for a slot in the base of the mold.  The medium and large candleboxes have slots cut through the bases in order to allow for more air flow. 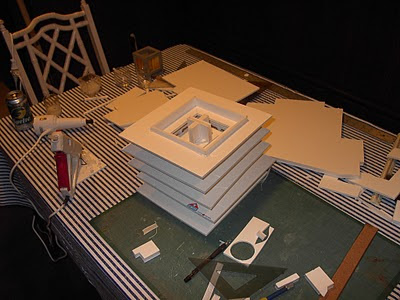 The horizontal ribs are just reinforcement to keep the form from blowing out under the pressure of the concrete.

Just like the previous candleboxes, while it came out of the mold beautifully within two weeks it began to crack.  Shortly thereafter, the concrete itself began to crack.  It was then that I realized it wasn't the heat of the candleflame that was doing it, but the concrete itself.  Normal concrete shrinks as it cures, taking anywhere from four to six weeks.  As it shrank, it compressed the glass (which doesn't shrink) cracking it.  But the glass has no where to go, and will only give so much.  When it reaches its tolerance, the concrete around it cracks.  This realization made me explore the use of non-shrink concrete. 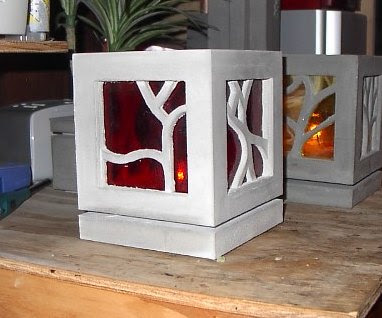 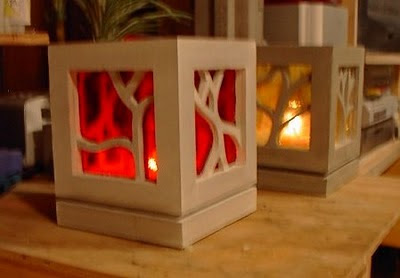 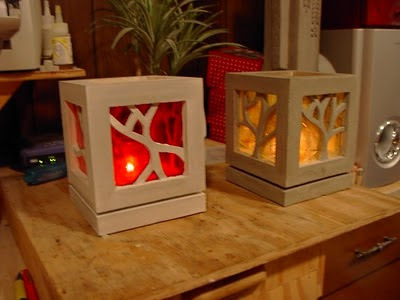 The large candlebox with red glass was cast with the same non-shrink grout as the test panel and the red glass small candlebox.  It's the best example of this kind of work I've done so far but it still experienced cracks less than a month after de-molding. 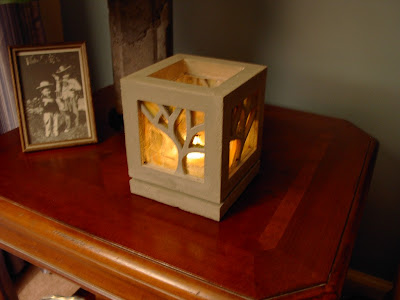